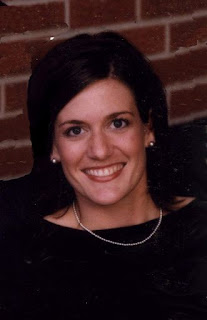 Jill Jarvis Attebery was called to her home in Heaven on November 2, 2008. Born in Lufkin, Texas, she was a graduate of Lufkin High School. She earned a B.S. in Biomedical Science at Texas A & M University, a B,S, in Nursing at Stephen F, Austin University, and a Masters in Nursing at the University of Central Arkansas. She loved her work in nursing and nursing education, but her favorite role was that of homemaker and supporter of her husband, Scott, as Pastor of Wyatt Baptist Church, Eldorado, Arkansas. She was active in music ministry, womenÕs ministry and discipleship ministry. She volunteered in many educational ventures such Pregnancy Crisis Education. She had a great passion for organizing and traveling on foreign mission trips. She was widely traveled in and out of this country. Prayers were sent up here and in other countries from people whom she had touched, She impacted old and young alike and made special and lasting friendships with five young ladies from her A & M college days. Every endeavor she undertook was with a positive attitude, a winning smile, and a genuine concern for others. She wanted so much to become a Mother and had given birth to her first and only child, Bryce Baker Attebery, three months ago. She was 34 years old. She had made it clear that if anything should happen to her she wanted to be a total organ donor. We now know that there will be eight recipients of her gifts of life and health to others. She was preceded in death by her grandparents, Arvel and Ollie Mae DeLaFosse, Frank and Novella Jarvis, and her uncle Earnest E. (Bo) DeLaFosse. She is survived by her husband, Scott Attebery and son, Bryce Attebery; parents, Al and Darlene Jarvis; brother and sister-in-law, Andy and Lea Jarvis and sons Aaron and Adam Jarvis; in-laws, Charles and Janis Attebery of Greenbrier, Arkansas, whom she loved like her own family; Robyn DeLaFosse Green and husband, Joel; uncle and aunt, Karol and Sandra Green and children, Kara and Troy Bohall; Leann Lucas; and Kalen and Jennifer Green. Family visitation will be Tuesday evening at YoungÕs Funeral Home in El Dorado, Arkansas. Funeral Services will be Wednesday at 2 p.m. at Wyatt Baptist Church. Interment at Resthaven Cemetery in El Dorado. The family suggests in lieu of flowers that memorials be made to Keltys First Baptist Church, where Jill grew up, to be used in an educational scholarship fund. 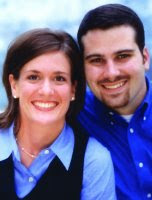 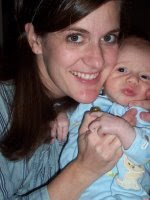 Please continue to pray for Scott and Jill's family as they remember her tomorrow. They said that there were over 400 people at her visitation tonight. That's how Jill's life was...she impacted everyone she came in contact with.

Mommyof4 said…
Hi I am a friend of Jill's from High School (we were on Drill Team together). I live in Utah now, and have not seen her since graduation, but a mutual friend called me last night to tell me what had happened. I did a search for her on google and found your blog. I don't know how you are related to her family, but please send my love to her family. She was a wonderful person, always happy and helpful. It seems that she has lived a wonderful life. I will keep her family in my prayers. Thank you.

sarragrace said…
I used to go to church with Jill when i was a young teen. She was the most encouraging, uplifiting, and true person I have ever met. She touched the hearts of everyone that she came across. She will be missed - more people should be like her, she was a woman after God's heart. My prayers are with her family and her beautiful daughter.