February 14, 2010
Why I have been so nostalgic lately...with posting all of the pics from a year ago. The pregnancy pics, the ultrasound pics, etc....well, I just remember when I was pregnant with Rachel I was MISERABLE!!! Everything about being pregnant with her was hard. The beginning was hard because I was SO incredibly nervous. I frankly couldn't believe that I was pregnant. I could not believe that God would bless me and give me such a gift. I was not worthy of a baby and I knew that something had to be wrong with the baby all of the time! If you are thinking that I need Beth Moore's new book, 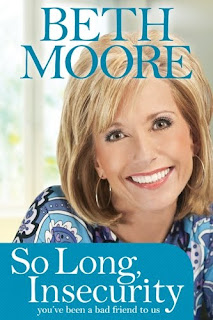 1. you are absolutely right and 2. I have gotten a little better about that since then!!!!

After I had gotten over thinking there was always something wrong with the baby and could actually start feeling her move, I wanted her to move all of the time. If she didn't move, I wasn't happy. I mean, something was wrong!!! I know, it wore me out too....my poor husband. Then, I got past that stage and I was HUGE!!! I mean, miserably large!!! I gained about 75 pounds with Rachel and I developed pre-eclampsia, got put on bed rest early on and then hospital bed rest, had a hard delivery and needless to say, was ready for that baby to come out. I was happy when she was born and then my problems (health problems) got worse. I was sick, very sick afterwards...I have told the story many times and I won't bore you with it again. My point is that after all that was over I missed being pregnant. Even though the entire pregnancy I was miserable and I did not enjoy it at all I missed it. I missed the movement inside that I did not have to share with anyone, I missed the talks that I would have with Rachel during the day when no one else was around, I missed being pregnant. I remember telling Brice that when Rachel was about 9 months old and I thought he was going to faint! He said, "I cannot believe you just said that." I swore off more children entirely for a very long time. It wasn't until Rachel was about a year old that I actually said that I would have more children and then eight more months before we decided to actually try for another.

With Lauren, it was different, from the very beginning. I wasn't as crazy when I found out I was pregnant. I knew that God had a plan. Could something have gone wrong with the pregnancy? Absolutely but it was something that we would have dealt with if that is what He had chosen for us. I enjoyed every minute of the pregnancy. There were moments when I got a little scared and I even sneaked in a couple of extra sonos at the hospital but those moments went away quickly...it was just different. I cherished the moments of that growing baby inside. I had several friends that had experienced loss of children both inside and outside of the womb and the pregnancy just meant so much to me. When I started feeling Lauren (who was nameless at the time) move inside me (very early on in the pregnancy) it was like it was for the first time - like I had never been pregnant before. As the months went by I looked forward to every doctor's appointment and I remember having mixed emotions about wanting the pregnancy to end and wanting to hold my baby in my arms. I wanted so desperately to meet my new little girl but I wanted to hold on to the pregnancy as long as I could. I felt good (until about week 34) and I truly enjoyed being pregnant...from the beginning. When I was in the hospital waiting for the day that I was to meet my baby, I would just sit and listen to her heartbeat on the fetal monitor while she moved inside....it was me and her. That's all. It was precious. Priceless. I knew that I would miss it and I did. I do. I love being pregnant.

Do I want another baby? The answer is. Yes. I do. We do. I often get the question...How many children do you want to have? We don't have a definite answer to that question. I am a planner but in the category of children, I just can't plan it out. I don't know. Brice and I have had numerous conversations about children and how many to have. Three? Is four too many? Well, I know I don't want 15!! Right now we are happy with the two sweet babies we have. They are precious little girls and there aren't anymore on the way just yet. Besides, my pregnancies are so "iffy" I have to take them one at a time!!!!

Rachel Moss said…
I don't know that I miss being pregnant, but I do get excited about the prospect of doing it all over again someday. I love hearing that you felt the same emotions with Lauren that you had previously felt with Rachel. Sometimes I worry that I won't be able to love another child as much as I love Bug, but this post gives me confidence that I can.
February 14, 2010 at 10:36 PM