Why Am I a Social Worker?

February 07, 2013
I get comments all of the time about how they couldn't do my job and questions about what I do at my job.  The fact is that I do not think of being a social worker as merely my job...it is my calling...my passion, if you will.

When I was a little girl, all I ever wanted to be was a mommy.  I think at one time I wanted to be a doctor, a teacher, and a nurse but for the most part I just wanted to have babies.  When I was in high school my goal was to go to college and then go on to nursing school.  I wanted to be a pediatric nurse practioner.  I went to college with that goal in mind - pre-nursing.  I LOVED college...everything about it...except for the studying part....college was a rude awakening and it was HARD.  Long story short, my 2nd year of school, with the help of lack of self-confidence, I dropped Physiological Chemistry and changed my major to Christian Counseling.  My end goal now was to go to graduate school and become a social worker.  I knew that I could still work in the medical field - more specifically a hospital - which was always my dream.  The obstacle that I would find is that social work=liberal and I was in a ultra conservative missionary Baptist college.  Would this work?

I received a lot of criticism from people regarding my life aspirations during that time. They would say that social work is a dead end job, no money comes from that, that I would never get into the graduate school (although it was a shot in the dark).  I was accustomed to beating the odds in my life and this was a challenge that I would not take lightly.  I powered through the negativity and graduated with my BS in Christian Counseling.  The last semester of school, I applied to University of Arkansas at Little Rock (the ONLY college at the time in Arkansas that had a Masters program in Social Work and only took 40 incoming students) and University of Texas at Arlington.  When my acceptance letter from UALR came across my email I cried and cried.  I was so excited.  A few weeks later I was accepted to UTA as well.

I believe that it takes a special person (like most professions) to be a social worker.  All of my life, I wanted to rise above where I was.  I wanted to "become something more" than my circumstances.  I have always wanted to help people.  I realize that there are MANY people that help others in their profession but to me, social work is the ultimate "helping people" profession.  I just knew I was going to change the world!!!

When I was in grad school, life was....hard.  I was definitely in the minority.  Honestly, it is hard to juggle the consertive views with the liberal views.  The election where George W Bush was elected his 2nd term happened during my two years in social work school and it was a hot topic, to say the least.  I was marrying a CPA.  Again, I was in the minority.  You see, to be a social worker, I was understanding that you have to believe in rooting for the underdog, living on as little as possible, and giving everything you have so that others don't have to worry about living...not to mention, being OKAY with everything that Christians (especially Baptists) stood against.  I was a terribly troubled (in my heart and mind) and confused individual. I made some wonderful friendships while in school and I had some great teachers (many who I still communicate with) but it was a difficult time that I am glad is over.  I just wanted to get my masters and get out of there!  And...I did.  I received my Masters in Social Work in May of 2005 and I was so proud!!!  First in MANY generations (possibly ever) to receive my Masters degree in my family!!!!  So..now what?

I am currently in my 4th job out of grad school and I have done (including internships) hospice, children's behavioral health, severely mentally ill adults, and hospital social work.  I love my job.  Is it easy?  No.  Do I love it everyday?  No.  Who loves their job everyday?  I don't know anyone....not even stay-at-home-moms! :)  What I have figured out is that I can balance the liberal and conservative views because at the end of the day, my most important job is to honor and glorify God in all that I say and do!  And, one of my favorite things to say is: READ THE BIBLE!!!  Was Jesus not the best social worker that ever lived?!  He spoke the truth in love, but He still loved.  He did not have a problem standing up for what was wrong but He also ate with sinners.  He DID give up ALL for those that are less fortunate!  You and me! He gave up His LIFE!!!

There is so much about the world and about people that I don't like and that I don't agree with but I love helping people that WANT to be helped.  I love seeing the joy on other's faces when I am able to show them a glimmer of hope when they had none!  When I have resources that someone never thought of.  I have held the hands of mothers who have just held their newborn babies for the last time and cried with them.  I have told people that I cannot help them until they get out and do something to help themselves.  I have sat week after week with patients diagnosed with Schizophrenia and helped them understand that the world is not their enemy...cracked through their insecurity and saw a little sliver of light.  What a JOY!  THAT is why I am a social worker!!!  I have prayed with families at the end of their loved one's life. I have held babies in the ER after their parents beat the life out of them.  I have helped battered women get into shelters and seen them go back to their abusers despite my best efforts to get them to leave.  It is a tough world but it is a blessing to be a part of it.


"God's calling means that He has chosen you above everyone else."
~Priscilla Shirer, Jonah study 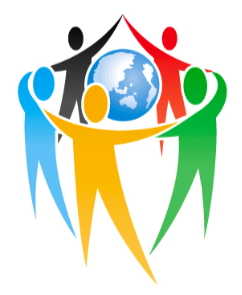 Unknown said…
I love your post, friend. And I'm so glad that there are people strong enough, and rooted in the Lord enough to love on the unloved, support the abandoned, and strengthen the weary.
February 7, 2013 at 2:36 PM

Anonymous said…
I happened to see your blog and I am very glad that I did.....WOW. I love what you wrote about your job and your passion. I am also a social worker and went to grad school at UTA. I have been at home for 10 years with my children, but I recently renewed my LCSW and will be looking soon for maybe a part time job?? Your post was very uplifting and honest- THANK YOU.
February 8, 2013 at 9:41 PM